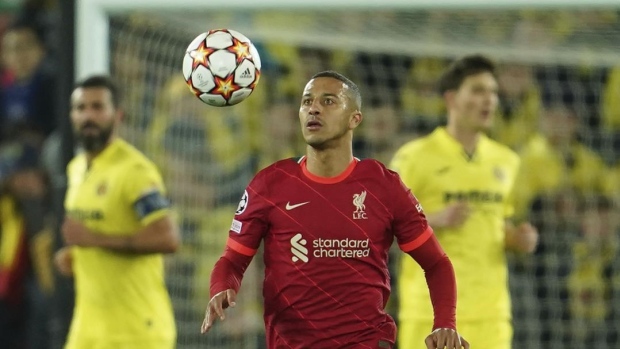 Liverpool manager Jurgen Klopp concedes the injury to Thiago Alcantara is "not good."

The 31-year-old Spain midfielder had to be removed early in the second half of the Reds' season-opening draw with Fulham last weekend.

"We have injuries, that's how it is," the German said ahead of a trip to Crystal Palace on Monday. "It is a question of how long will the players be out. Thiago is good, but the injury is not good. I read four to six weeks. I would prefer four."

Midfielders Alex Oxlade-Chamberlain and Curtis Jones are also unavailable through injury, but Klopp says he's not about to jump into the transfer market just for the sake of it.

"That only makes sense if we can bring in the right player - the right player, not a player," Klopp said. "In some cases, it is not possible. In other cases, extremely difficult."

The transfer window closes on Sept. 1.