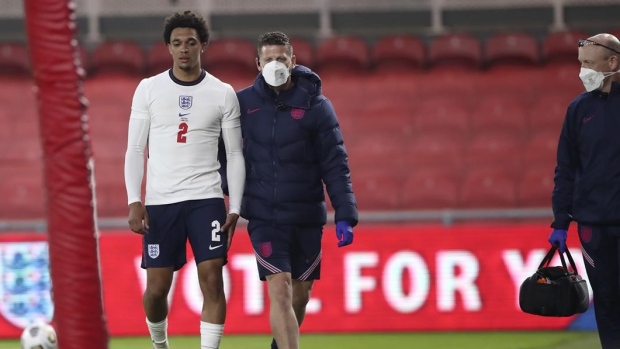 Trent Alexander-Arnold will not be in England's squad for Monday's Nations League match with Germany.

The Liverpool right-back's omission from Gareth Southgate's lineup suggests that his inclusion in the Three Lions' final World Cup roster hangs in the balance.

The 23-year-old Alexander-Arnold dressed in Friday's loss to Italy, but was an unused substitute. The Liverpool native has appeared just once in an England shirt in 2022. Alexander-Arnold has struggled for a place under Southgate since missing out on Euro 2020 with a thigh injury.

In his seventh pro season, Alexander-Arnold has made six Premier League appearances for the Reds this season, scoring once.