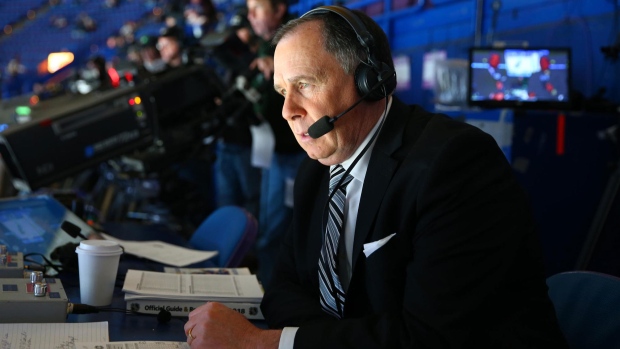 The St. Louis Blues announced on Friday that longtime play-by-play man John Kelly has tested positive for the coronavirus (COVID-19).

In a statement, the team says that the 59-year-old Ottawa native is "feeling strong and symptom-free" and that Kelly has been in self-quarantine since March 13..

"The health and safety of the entire Blues family remains our core focus during these unprecedented times," the statement read. "We wish John well as he continues his recovery at home."

Son of the legendary hockey broadcaster Dan Kelly, John Kelly is in his second stint as Blues announcer.

After three seasons as Blues announcer, Kelly became the play-by-play man for the expansion Tampa Bay Lightning in 1992. In 1995, Kelly moved to Denver to become the play-by-play man for the Colorado Avalanche's inaugural season. Following nine seasons on Avalanche broadcasts, Kelly returned to St. Louis for the 2005-2006 season and has been there since.