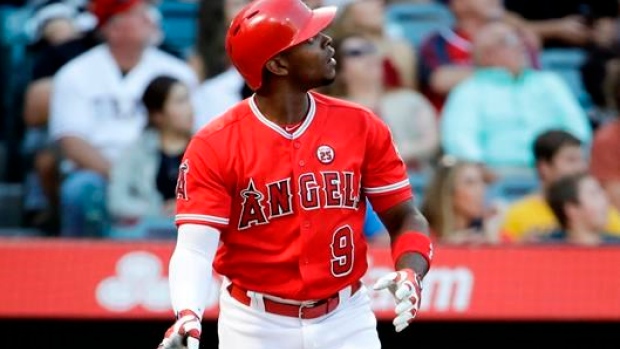 Los Angeles Angels outfielder Justin Upton has started baseball activities as he continues to recover from turf toe, according to manager Brad Ausmus.

Justin Upton has started baseball activities, Brad Ausmus said. He’s been throwing and hitting in the cage, but not running on the field yet. No update on his timeline.

He has been throwing and hitting in a cage, but is not running on the field yet. Despite the progress, there is still no definitive timetable for his return.

The veteran outfielder was placed on the injured list at the end of spring training and was transferred to the 60-day in late April. He was initially expected to be ready at some point in June.

The 31-year-old made his big league debut in August of 2007 after being selected No. 1 overall by the Arizona Diamondbacks in the 2005 MLB Draft.