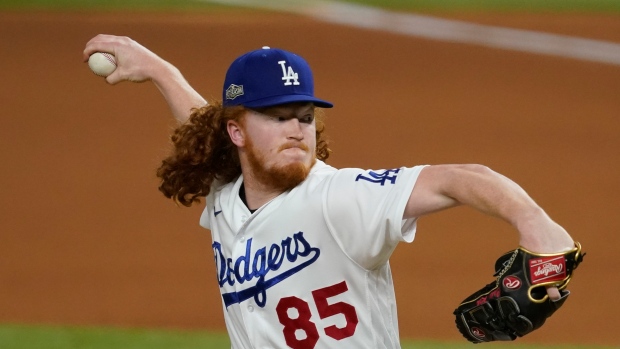 Dustin May , The Canadian Press

Dustin May's season is over.

Dustin May will undergo right elbow UCL reconstruction surgery on Tuesday, May 11 in Los Angeles.

May exited Saturday's start against the Milwaukee Brewers on Saturday in the second inning after experiencing obvious discomfort in his throwing arm, signaling to his dugout that he needed a trainer after throwing a pitch.

He was placed on the 10-day injured list on Sunday with forearm soreness.

A third-round pick in the 2016 MLB Amateur Draft, May was in his third big-league campaign.