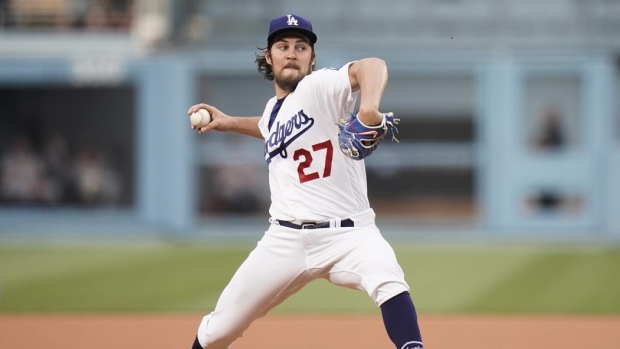 Trevor Bauer’s administrative leave has been extended through Aug. 6. The Dodgers pitcher remains under investigation by Pasadena police and Major League Baseball after a woman alleged he sexually assaulted her. The extension was expected and Bauer continues to get paid.

The Los Angeles Dodgers right hander is currently under investigation for sexual assault.

He was initially placed on leave on July 2 with the leave having been extended three times since. The league investigates sexual assault allegations under the league's collectively bargained domestic violence, sexual assault, and child abuse policy. The Pasadena, CA police investigation of Bauer is ongoing.

The 30-year-old Bauer appeared in Los Angeles Superior Court last Friday for a civil hearing in which the 2020 National League Cy Young Award winner was to contest the restraining order placed against him by a 27-year-old San Diego woman, as well as to defend the UCLA product from sexual assault allegations. Both Bauer's team and the accuser's lawyers agreed to a continuance with the next hearing set for August 2.

On Sunday, the Los Angeles Times' Mike DiGiovanna reported that the allegations against Bauer had turned him into a “pariah in his own clubhouse.”

“Two people with knowledge of Dodgers clubhouse dynamics, who are unauthorized to speak publicly about the situation, said that a majority of players do not want Bauer back under any circumstances," DiGiovanna wrote.

Having previously pitched for the Arizona Diamondbacks, Cleveland and Cincinnati Reds, Bauer signed a three-year, $102 million deal with the Dodgers in the offseason that has opt-outs after each of the first two seasons.