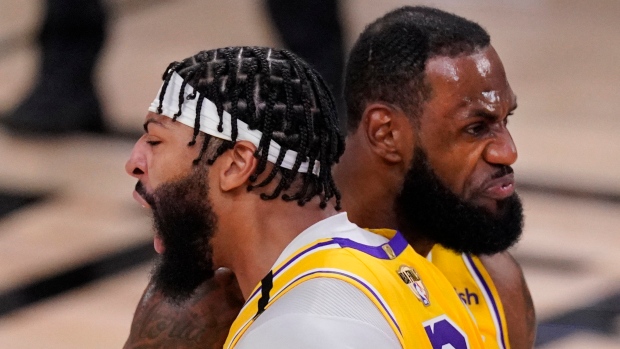 The Los Angeles Lakers will be without the services of LeBron James against the Oklahoma City Thunder on Wednesday night and could be without Anthony Davis, as well.

Through three games this season, James's 18th campaign and fourth with the Lakers, the Akron, OH native has averaged 26.0 points a night over 38 minutes.

Davis, 28, banged up his knee during the fourth quarter of Tuesday's game, but stayed in the game and finished with 35 points.

"I started moving and [the pain] kind of went away and I kept playing still felt it a little bit, but tried to finish the game," Davis said of the injury after the game. "We'll see how it is when I wake up tomorrow."

Davis is officially listed as questionable.