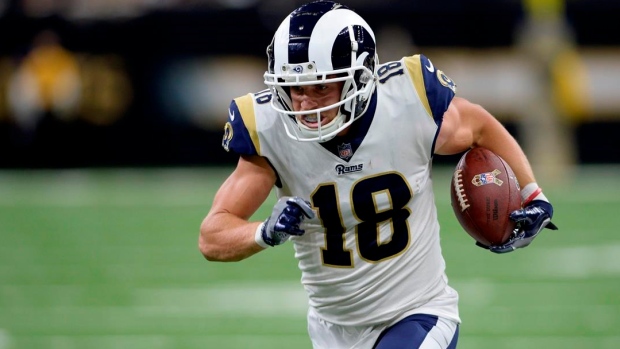 The Los Angeles Rams will be without wide receiver Cooper Kupp (knee) for the NFC divisional game against the Green Bay Packers, according to NFL Network's Ian Rapoport.

The #Rams won’t have WR Cooper Kupp today vs. the #Packers. He’s inactive thanks to a knee injury.

Kupp, 27, was injured in the fourth quarter of the Rams' wildcard victory over the Seattle Seahawks, where he caught four passes for 78 yards. The Yamika, Wash., native caught 92 passes for 974 yards and three touchdowns in the regular season.