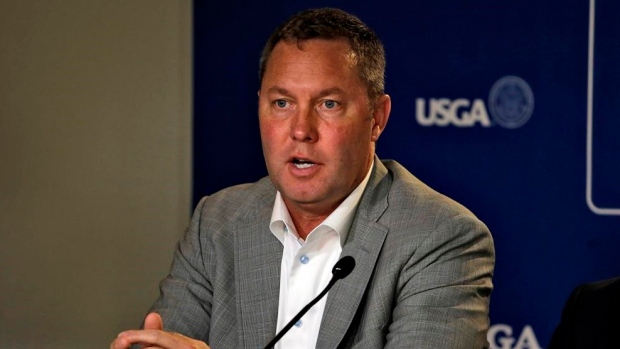 NAPLES, Fla. — The LPGA Tour has two new tournaments in Florida as part of a 2020 schedule that features a record $75.1 million in prize money and 500 hours of television, huge gains from a decade ago.

Sixteen of the 33 tournaments have prize money of at least $2 million.

The LPGA starts its season with back-to-back events in Florida, including the new Gainbridge LPGA at Boca Rio in Boca Raton, and concludes at the CME Group Tour Championship that again will offer $1.5 million to the winner.

The first schedule LPGA Commissioner Mike Whan put together in 2011 featured 23 tournaments with only eight having prize money of $2 million or more.

“It wasn’t a number of stops. It wasn’t how many countries televise our event,” he said Friday. “It was putting women on a platform that had never been seen before. I’m not sure we’re there yet. And there’s certainly a long way to go. But some really cool signs.”

The four majors on the LPGA schedule in 2011 average prize money of $2.56 million. Next year, the five majors have an average purse of $4.26 million, with the U.S. Women’s Open leading the way. It was at $5.5 million last year. The USGA has not determined whether that will go up.

The Women’s Open will be at Champions Golf Club in Houston, which hosted the 1969 U.S. Open and most recently the 2003 Tour Championship. The KPMG Women’s PGA Championship, which raised its purse to $4.3 million, goes to Aronimink Golf Club outside Philadelphia. The Women’s British Open goes to Royal Troon in Scotland for the first time, the seventh course on the British Open rotation where the women will play.

The LPGA also had 32 tournaments this year, losing two in Wisconsin (Thornberry Creek) and Indianapolis (Indy Women in Tech), and replacing them with two in Florida — Boca Raton and the Pelican Women’s Championship at Pelican Golf Club near Tampa.

That gives the LPGA four events in Florida, starting with the Diamond Resorts Tournament of Champions on Jan. 16-19 to begin the season.

It also added an event to the first Asia Swing in the late. The Blue Bay LPGA on Hainan Island in China returns to the schedule with a $2.1 million purse and a full field, the first among the seven events in Asia. The rest are limited fields with no cut.

The tour only twice has two-week breaks in the schedule, one during the Olympics in Japan.

Still to come for Whan and the LPGA Tour is a new television contract — the current one expires in 2021. The PGA Tour is negotiating on behalf of the LPGA Tour, and Whan says both deals will be done at the same time.

He also leaves for Spain after this week to meet with the Ladies European Tour over a proposal for a joint venture between the two tours.

(This version corrects there are 33 events on the 2020 schedule)