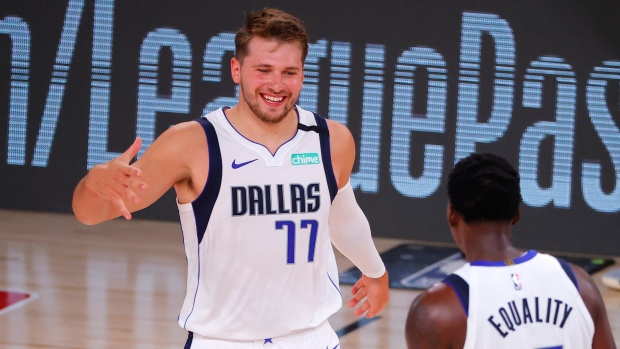 With the No. 5 overall pick in the 2018 NBA Draft, the Dallas Mavericks didn’t think they had a chance at 19-year-old Slovenian sensation Luka Doncic.

“Luka Doncic was the guy we targeted to get in this draft if there was any way possible to do it. At one point, we thought there might be a slight chance he could fall to us, but a couple of days ago it was pretty clear that there was no way that was going to happen. He’s just too good,” Mavs head coach Rick Carlisle told USA Today.

Well, with a little luck and the perfect trade, it happened.

After Deandre Ayton and Marvin Bagley III went first and second, respectively, to the Phoenix Suns and the Sacramento Kings, the Atlanta Hawks scooped Doncic up with the third pick. But after the Mavericks picked Oklahoma sharpshooter Trae Young at five, the two teams pulled off a swap – Doncic was headed to Dallas and Young went to the Hawks, along with a future first-round pick.

It’s hard to begrudge the Hawks considering how well Young has played in his first two seasons, but it’s been nothing like the success Doncic has enjoyed in Dallas.

According to the William Hill Sports Book, Doncic is the current betting favourite to take home the NBA MVP Award for the 2020-21 season at +450. Doncic begins as the slight favourite over back-to-back MVP Giannis Antetokounmpo (+500) and is well ahead of Anthony Davis (+800), LeBron James (+850), Steph Curry (+900) and Kawhi Leonard (+1200), who make up the next four stars on the list.

Doncic averaged north of 20 points per game his first season and took home 98 out of a possible 100 first-place votes in winning the Rookie of the Year Award. In just his second year in the league, Doncic averaged 28.8 points, 9.4 rebounds and 8.8 assists per game and despite nearly averaging a 30-point triple-double, didn’t turn 21 until the end of February.

Doncic’s ceiling is as high as it gets. So are his expectations. 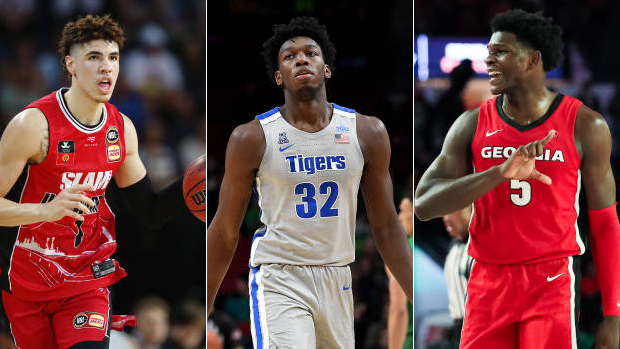 It’s rare for the No. 3 overall pick to start the season as the Rookie of the Year favourite, but Charlotte Hornets point guard LaMelo Ball is the top pick at +350 to win the award according to William Hill.

Like No. 2 overall pick James Wiseman, Ball’s path to the NBA was unorthodox. He began his high school career at Chino Hills High in California. After averaging nearly 27 points per game in his sophomore season, Ball left high school to play professionally in Europe, ending his chance at playing in the NCAA.

While considered by some to be the top prospect in the 2020 draft, Ball was passed on by the Minnesota Timberwolves (Anthony Edwards) and Golden State Warriors (Wiseman).  Minnesota traded for All-Star point guard D’Angelo Russell at the deadline last season and the Warriors are in ‘win-now’ mode in a crowded Western Conference, so Charlotte could be the perfect fit for Ball in terms of usage. In desperate need of a star ever since Kemba Walker’s departure to Boston, the Hornets should be willing to give the 19-year-old some rope.

But like the draft itself, the Rookie of the Year field is tightly contested. Edwards (+400) and Wiseman (+500) are right behind Ball and New York Knicks rookie Obi Toppin – who stole headlines on draft day with his emotional reaction to being drafted by his hometown team – has an outside shot at +700.

A Lakers repeat is most likely, odds say 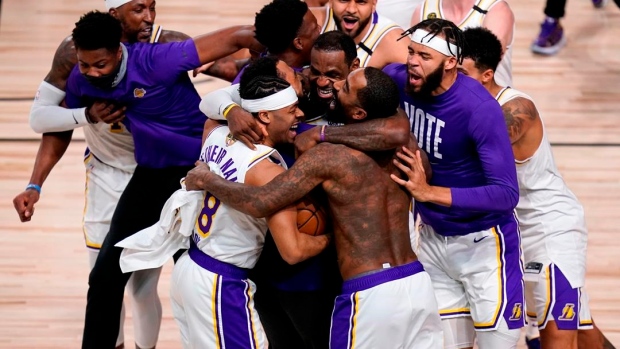 Would anyone be surprised if LeBron James and the Los Angeles Lakers pull it off again in 2020-21?

Somehow, the Lakers got better this off-season. Gone are veterans Rajon Rondo, Danny Green, Avery Bradley, JaVale McGee and Dwight Howard. But joining the purple and gold are Montrezl Harrell, Dennis Schroder, Wes Matthews and Marc Gasol. William Hill currently has them as big title favourites at +300, with the Brooklyn Nets (+500), Milwaukee Bucks (+500) and Los Angeles Clippers (+550) as the next best bets.

Meanwhile, the Toronto Raptors sit tied with the Denver Nuggets, Philadelphia 76ers and Dallas Mavericks at +2000 despite losing Serge Ibaka and Gasol to free agency. In the Eastern Conference, the Raps are tied for the fifth best odds with the Sixers at +800.