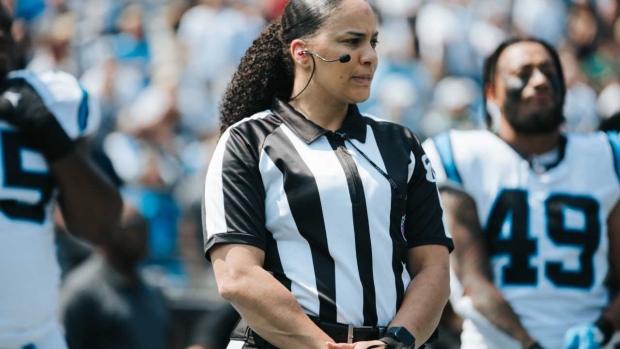 Maia Chaka made history in the NFL today, becoming the first Black woman to officiate a league game when the Carolina Panthers and New York Jets faced off at 1pm E.T on the first NFL Sunday of the season.

"When I step on the field for the first time as an NFL official it’s going to be a proud moment.”

The NFL has been very proactive in its efforts of equality giving equal opportunity to women in the league. Chaka entered the NFL's Officiating Development Program in 2014, a program designed to offer top officiating prospects in the collegiate ranks, and this past March the NFL announced that it was adding Chaka to its roster of game officials for 2021.

Aside from being the first Black woman to officiate an NFL game, she also became the league's third female to officiate, joining Shannon Eastin and Sarah Thomas.