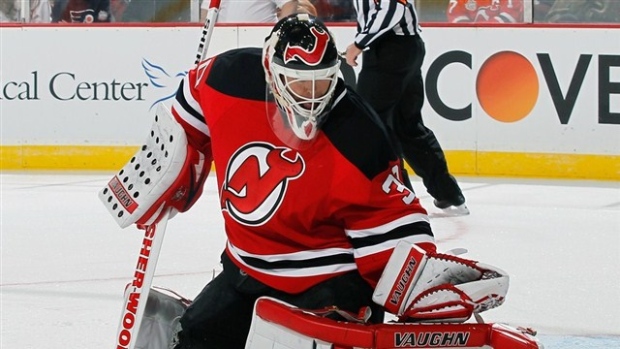 The Hockey Hall of Fame will announce its Class of 2018 on Tuesday. TSN.ca takes a look at some top contenders from the NHL who could be called to the Hall.

The decorated goaltender has a very strong case for induction in his first year of eligibility. Brodeur captured five William M. Jennings Trophies, four Vezina Trophies, and three Stanley Cups in his 22 seasons in the NHL, 21 with the New Jersey Devils. Brodeur was also successful on the international stage, helping Canada capture Olympic gold medals in 2002, when Brodeur was the starter, and in 2010.

In 1,266 career regular-season games, Brodeur had a .912 save percentage and 2.24 goals-against average. He also finished his career with an NHL record 125 shutouts.

St. Louis was named an NHL All-Star five times and finished his career with 391 goals and 642 assists in 1,134 regular-season games. On the international stage, he captured an Olympic gold medal as part of Team Canada at the 2014 Winter Games.

After induction into the IIHF Hall of Fame earlier this year, Alfredsson will look to be included in the Class of 2018 in his second year of eligibility. The longtime Ottawa Senators forward finished his career with 426 goals and 682 assists in 1,178 regular-season games over 18 seasons, 17 with the Senators.

Alfredsson’s NHL accolades include the 1996 Calder Trophy, the 2012 King Clancy Award, the 2013 Mark Messier Award, and six NHL All-Star selections. Alfredsson also has two Olympic medals with Sweden – gold from the 2006 Winter Games and silver from the 2014 Winter Games.

Joseph is fifth all-time in wins by a goalie with 454, behind only Brodeur, Hall of Famers Patrick Roy and Ed Belfour, and current Florida Panthers goalie Roberto Luongo. In 943 career regular-season games with the St. Louis Blues, Edmonton Oilers, Toronto Maple Leafs, Detroit Red Wings, Phoenix Coyotes, and Calgary Flames, Joseph finished with a .906 save percentage and 2.79 goals-against average.

Joseph was a three-time NHL All-Star and was part of Canada’s gold-medal winning squad at the 2002 Olympics.

Zubov is one of only 21 defenceman in NHL history to have played at least 500 games and averaged 0.7 points per game after finishing his 16-year career with 152 goals and 619 assists in 1,068 games.

Now in his seventh year of eligibility, Roenick never captured any major hardware in his 20 seasons in the NHL but was named an All-Star nine times.

Roenick split his time in the NHL with the Chicago Blackhawks, Phoenix Coyotes, Philadelphia Flyers, Los Angeles Kings, and San Jose Sharks and averaged nearly a point per game over his 1,363 regular-season appearances, finishing with 513 goals and 703 assists for 1,216 points.

The prolific Russian scorer is in his 10th year of eligibility for the honour after a 16-season career in the NHL.

The six-time NHL All-Star split his career with the Buffalo Sabres, Vancouver Canucks, New Jersey Devils, and Toronto Maple Leafs, winning a Stanley Cup with the Devils in 2000 and capturing the Lady Byng Trophy in 2003 with the Leafs. Mogilny also had success on the international stage, earning a gold medal at the Olympics in 1988, the World Championship in 1989, and the World Junior Championship in 1989.

The last player to score 70 or more goals in a single season (1992-93), an honour he shares with Hall of Fame inductee Teemu Selanne, Mogilny finished his NHL career with 473 goals and 559 assists in 990 regular-season games.