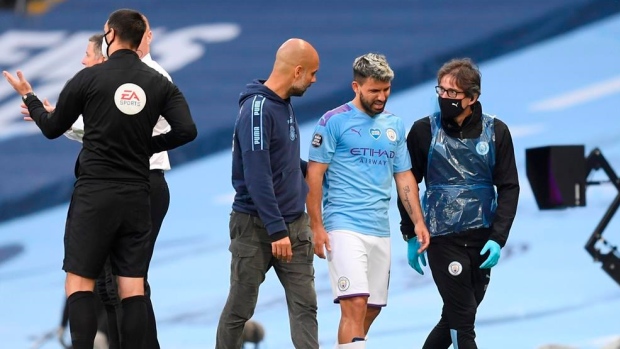 His participation in the Champions League quarterfinal match with Lyon was a longshot to begin with, but Manchester City manager Pep Guardiola has confirmed that Sergio Aguero is unavailable on Saturday.

"He is still in Barcelona making a recovery," Guardiola said of Aguero, who incurred the injury during a 5-0 win over Burnley in late June.

Guardiola wouldn't rule out the 32-year-old's availability for the semi-finals should City reach them. The team would meet Barcelona or Bayern Munich for a spot in the final should they get past Lyon.

"Anything can happen, it is a knockout game, but we are ready," Guardiola said. "The pressure will be there, but it will be for all the other teams."

City has only reached the Champions League semis on one occasion - in 2016 - when they fell to eventual champions Real Madrid.