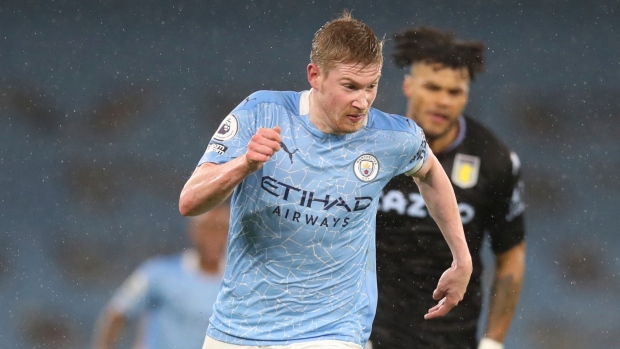 PEP 💬 Kyle had a big impact kick in his hips, but just a kick, so is not available tomorrow but we wish he is available for the next game. Kevin, the doctor had to review the scan this morning, and he will be out between four and six weeks.

De Bruyne was subbed out of City's 2-0 victory over Aston Villa on Wednesday in the 59th minute after appearing to suffer a leg injury.

"The doctor said after reviewing the scan Kevin will be out for four to six weeks. It's a big blow, but we have to move forward," said Guardiola.

The 29-year-old is currently second in the Premier League with 10 assists.

Guardiola also announced on Friday that defender Kyle Walker suffered an injury against Villa and will not play in Saturday's FA Cup match against Cheltenham Town.