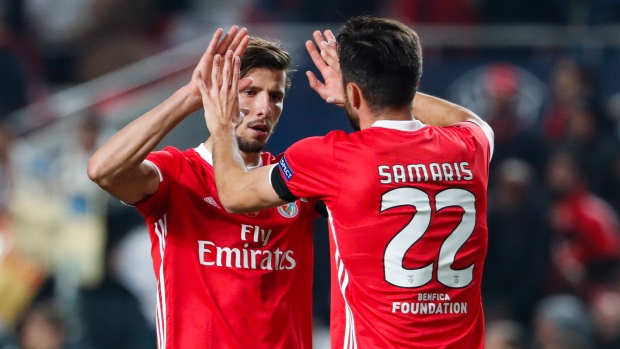 If Sunday's 5-2 loss to Leicester City was meant to be a wake-up call for Manchester City's defence, it might have worked.

Pep Guardiola's side has agreed to a £65 million deal with Benfica for Portugal defender Ruben Dias.

Argentina defender Nicolas Otamendi will join Benfica from City in a separate deal worth £13.7 million.

Benfica released a statement confirming the transfers, but noted that personal terms have yet to be agreed upon by the two players.

Dias, 23, is a product of the Benfica academy and made his professional debut with the B-team in 2015. A native of Amadora, Dias has been a fixture with the senior team for the past three seasons, making 133 appearances across all competitions.

Internationally, Dias has been capped 19 times by Portugal.

Otamendi, 32, joined City from Valencia in 2015 in a £32 million move. He made 210 appearances across all competitions for City over five seasons.

Capped 70 times by Argentina, this will be Otamendi's second stint in Portugal, having spent four seasons with Porto from 2010 to 2014.