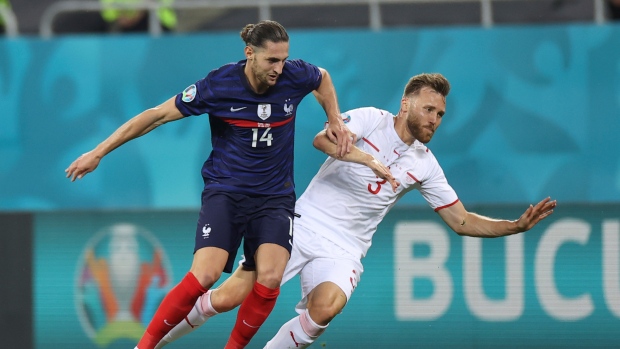 Manchester United's quest to improve its midfield has turned to Italy.

The Telegraph's Jason Burt reports the team continues to negotiate with Juventus over the transfer of France international Adrien Rabiot.

I am told that while talks are underway for Manchester United to sign Adrien Rabiot from Juventus - one of two midfielders they want - and the transfer fee should not be an issue it may still take some a few more days for the deal to be concluded. @TeleFootball

Burt notes that while the transfer fee - believed to be in the £15-to-£20-million range - is not a problem, the deal could still take a few more days to be realized should personal terms become a sticking point.

A 27-year-old native of Saint-Maurice, Rabiot joined the Bianconeri in 2019 in a free transfer from Paris Saint-Germain.

He's made 94 league appearances over three seasons with the club, winning both a Scudetto and Coppa Italia title. In his seven seasons at PSG, Rabiot won five Ligue 1 crowns and five Coupes de France.

Should Rabiot sign for the Red Devils, it would be a return to Manchester for the player. Rabiot spent parts of 2008 with the Manchester City academy.