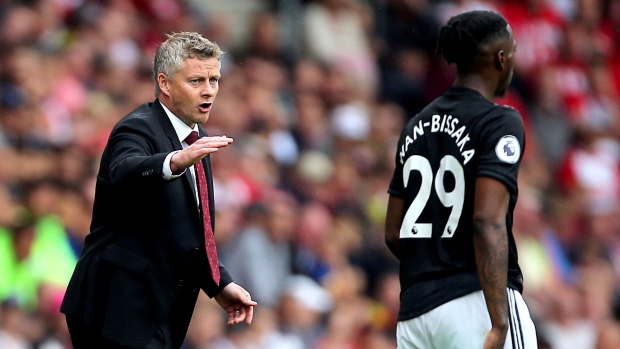 Manchester United manager Ole Gunnar Solskjaer says three matches in five days starting on Sunday will force him into unprecedented squad rotation and make a lot of other teams in the Premier League angry when he doesn't field first-choice teams against clubs competing for European places.

The fan protest against the Glazer family's ownership of United last Sunday meant the postponement of a match with Liverpool that will now be played on Thursday. The Red Devils now visit Aston Villa on Sunday, host top-four rivals Leicester City on Tuesday and welcome Liverpool two days later.

"We've been dealt a very bad hand by people who sit behind a desk in their suits who've never played football," Solskjaer said in his media availability on Friday. "I've never seen that schedule before in modern-day football. In 1991-92, Man United had a very similar run-in and you can see how the results deteriorate. It's too much of an injury risk, so it will be rotation - and a lot of rotation."

The Norwegian acknowledges that teams chasing European football are going to be mad if he fields weakened teams against their rivals, but he insists there's nothing he can do about that.

"Someone might not be happy with my team selection for one or two games because it might affect whoever gets into the Champions League," Solskjaer said. "That's not my problem. That's everyone else's problem. I don't know how you can defend playing these three games in such a short space of time."

The Red Devils can also qualify for the Champions League by defeating Villarreal in the Europa League Final on May 26 in Gdansk, Poland.