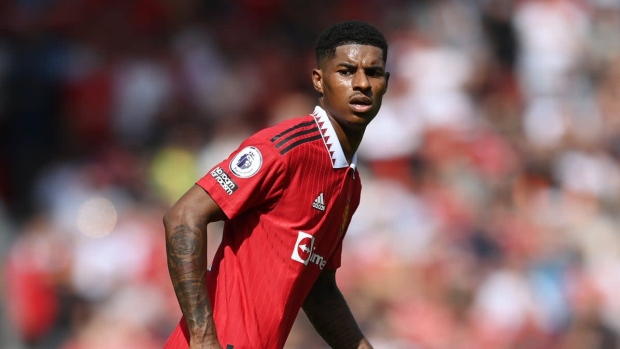 The Dutchman addressed the media ahead of Saturday's match at Brentford on Friday, a day after reports surfaced that Paris Saint-Germain was keen on bringing in Rashford.

"He's really important," ten Hag said of Rashford. "You have seen from the first day I'm here, I'm really happy with him. I don't want to lose him, he's definitely in our plans at Manchester United."

A product of the United academy, Rashford broke into the first team in 2016 and has been a fixture since. But he struggled mightily in 2021-2022, sidelined for the early months of the season after shoulder surgery. Rashford made 32 appearances across all competitions, scoring five times for his lowest career output.

Dealing with a dearth of attackers, ten Hag says that he expects reinforcements before the transfer window closes on Sept. 1.

"We have to," ten Hag said. I am convinced we will have."

The former Ajax man added that he and management are on the same page when it comes to recruitment, but refused to identify any targets.

"I cannot talk about players under contract at other clubs," he said.

As for Saturday's match against the Bees, ten Hag confirmed that neither France striker Anthony Martial nor Sweden central defender Victor Lindelof was available with injury.

Portugal forward Cristiano Ronaldo, who came off the bench in the Red Devils' 2-1 season-opening loss to Brighton, could be handed a start.

"He has had a good training week," Ten Hag said of Ronaldo. "He has had two half games now [including the preseason]. We will see [on Saturday]."