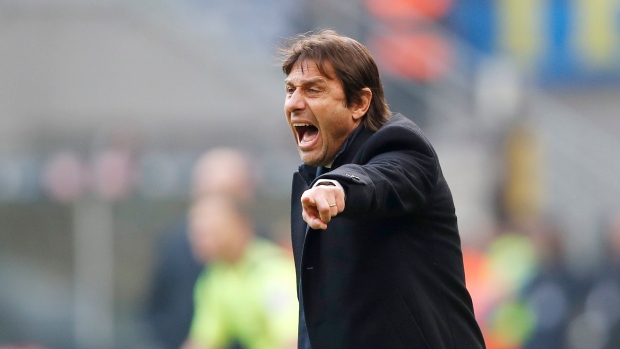 If Ole Gunnar Solskjaer's tenure as Manchester United manager is set to come to an end, a Premier League-winning manager is interested in taking over the Old Trafford job.

The Guardian's Jamie Jackson and Fabrizio Romano report that Antonio Conte is interested in becoming Red Devils manager should the the team move on from the embattled Norwegian in the wake of Sunday's humiliating 5-0 loss to archrivals Liverpool.

The duo also note that dressing-room sources at the club have revealed diminishing belief in Solskjaer's capabilities as manager.

United has lost three straight Premier League matches and accrued a single point over their last four to sit seventh in the table and eight points adrift of leaders Chelsea.

Though Conte has not been in formal contact with the Red Devils and has never been keen on taking jobs midseason, the 52-year-old former Chelsea, Juventus and Inter manager considers United a "special opportunity." Conte has been out of work since stepping down as Nerazzurri manager at the conclusion of last season in which they won their first Scudetto in a decade.

United managing director Richard Arnold is expected to be in meetings with chairman Joel Glazer to discuss Solskjaer's future on Monday.

The team is next in action on Sunday with a visit to Tottenham Hotspur.