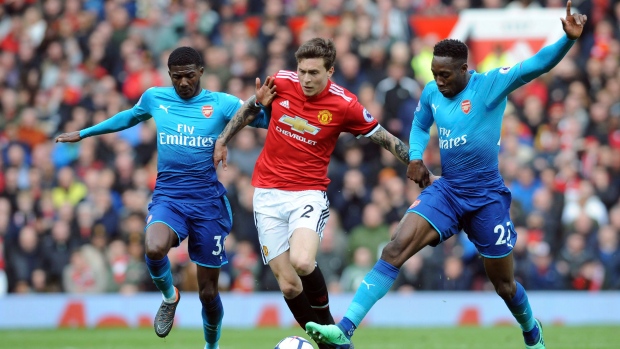 Days after locking up the long-term future of goalkeeper David De Gea, Manchester United has signed Victor Lindelof to an extension.

The Red Devils announced a new deal for Lindelof on Wednesday that will take the Sweden defender through 2023-24 with a one-year option.

“Since the day I arrived at United it has felt like home," Lindelof said in a statement. "I have grown significantly both as a player and as a person in the last two years and for that I am grateful to everyone at the club for their help and support. I love playing football and my aim now is to help the team to win trophies and repay the fans for their unrivaled support.

A native of Vasteras, Lindelof signed for United in a £31 million transfer from Benfica in 2017. The 25-year-old has made 74 appearances for the club across all competitions.

“Victor has established himself here and has become a very important part of our team," United manager Ole Gunnar Solskjaer said in a statement. "He brings calmness on the pitch and I can see that he is determined to help this club and to be successful here."

Internationally, Lindelof has been capped 31 times by Sweden.

United, currently fourth in the Premier League table, take on Astana in Europa League action at Old Trafford on Thursday before travelling to London for a date with West Ham on Sunday.