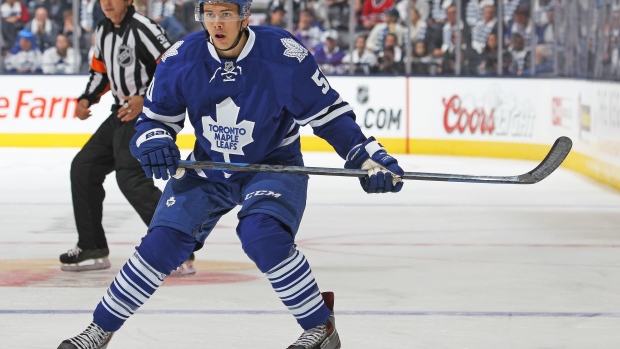 He was sent down last weekend after being an early season standout in his rookie season with the Leafs. The 21-year-old has three assists is seven games played this season.