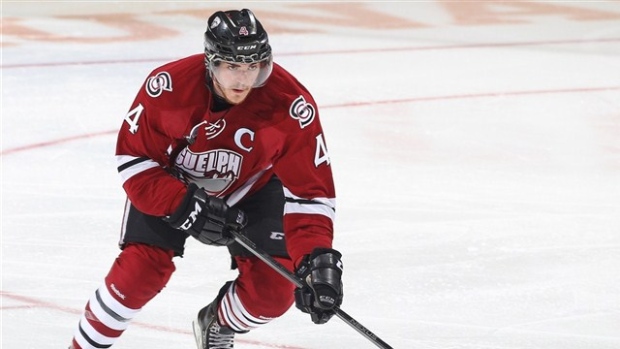 The Toronto Maple Leafs made their first round of cuts Monday morning, most notably sending down defenceman Matt Finn to the Toronto Marlies.

Finn, selected in the second round of the 2012 NHL Entry Draft, has played with the Guelph Storm of the Ontario Hockey League for the past four seasons.

Toronto starts their preseason schedule tonight in London, Ont. against the Philadelphia Flyers.