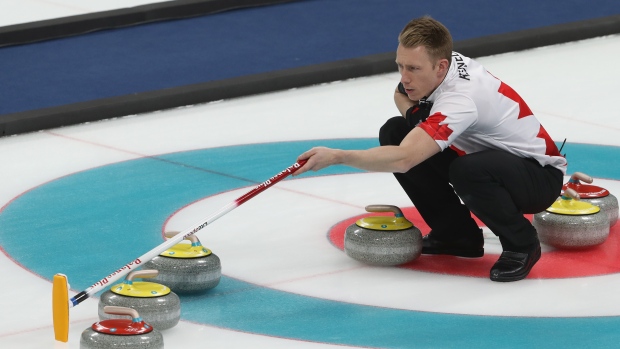 Marc Kennedy will become a three-time Olympian in Beijing as the 39-year-old will serve as Team Brad Gushue's alternate at the 2022 Winter Olympics in February, the team announced Monday morning.

Hot off the press 🔥Facebook Live starts in 30 minutes! pic.twitter.com/y1meadoJqQ

"We are thrilled to add Marc as our fifth man and we can't wait to work with him," said Gushue in a release. "His experience, skill, versatility, and overall fit will benefit our team."

Kennedy won gold as a second for Kevin Martin at the Vancouver Olympics in 2010 and finished fourth as Kevin Koe's vice in 2018 in Pyeongchang, South Korea.

Kennedy, who regularly plays with Brad Jacobs, lost to Gushue in the final of the Tim Hortons Curling Trials last month.

"I am honoured and humbled to be invited to join Team Gushue on their Olympic journey," said Kennedy. "They are an incredible team, and I look forward to supporting them in any way I possibly can."

Team Jacobs noted that Kennedy will still play with them at the Northern Ontario playdowns in early January as well as on the Grand Slam tour and the Tim Hortons Brier in March if they qualify.

We are excited for Marc & we wish him & @TeamGushue all the best in Beijing. Also, Marc will still compete with us during all remaining competitions (Grand Slams, Provincials & Brier if we qualify) https://t.co/MniG1V39vX

Kennedy will compete at the Canadian Mixed Doubles Trials at the end of the month with partner Val Sweeting.