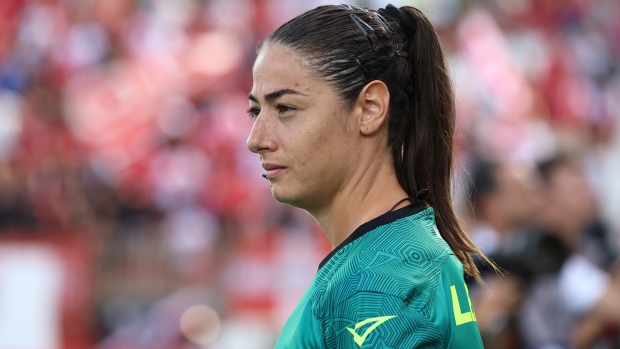 MILAN (AP) — Maria Sole Ferrieri Caputi will become the first woman to referee a Serie A soccer match when she takes charge of Sassuolo’s match against Salernitana on Sunday.

The 31-year-old Ferrieri Caputi was promoted to the Italian league's refereeing pool for this season. She became the first female to referee a match involving a Serie A team last year, in Cagliari’s Italian Cup match against Cittadella. She disallowed three goals during that game.

“It’s not an ordinary day and I’m also moved by it,” said Alfredo Trentalange, president of the referees’ governing body in Italy. “Maria Sole will debut in Serie A on merit, without any shortcuts, for her ability and skills.

“We’re about to experience a historic moment after more than 110 years. We thank those who believed in her. … We’re not granting any privileges, Maria Sole earned this step.”

She also refereed a Serie B match last year, a few months after Maria Marotta became the first female to officiate a second-division match in Italy.