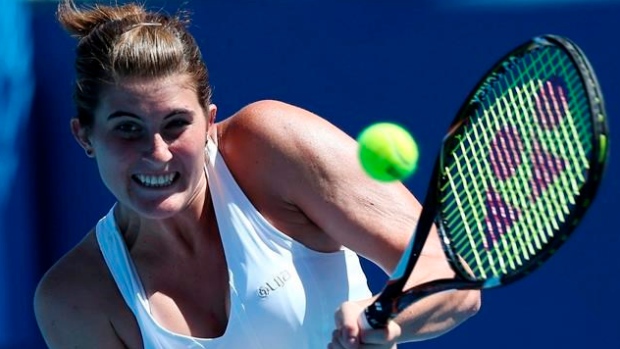 Marino, from Vancouver, is ranked 78 positions below the 106th-ranked Muchova. Leylah Annie Fernandez, the world No. 376 from Laval, Que., will face No. 47 Marketa Vondrousova in Saturday's other singles rubber.

Reverse singles and the doubles match were scheduled for Sunday. Ottawa's Gabriela Dabrowski and Toronto's Sharon Fichman were tabbed to play Barbora Krejcikova and Marie Bouzkova.

"We recognize that we are up against a very tough opponent," Canadian captain Heidi El Tabakh said after Friday's draw. "They have proven their capabilities year after year, relying on their depth of talented players. It will not be an easy task to take on this Czech team, but I know that our girls are up for the challenge.

"We have been putting in the work all week and our players are eager to get out on the court and give it their best. We are looking forward to the matches this weekend."

The winner will advance to the World Group while the losing team will fall down to World Group II for 2020. Canada holds the No. 11 spot in the Fed Cup rankings.

Bianca Andreescu (shoulder) and Eugenie Bouchard (undisclosed) were not named to the Canadian roster last week. The Czech Republic lineup did not include its top three singles players: Petra Kvitova, Karolina Pliskova and Katerina Siniakova.