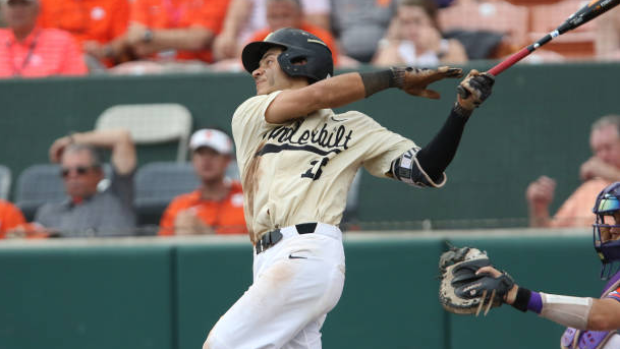 Montoyo said the 21-year-old Vanderbilt shortstop will be added to the team's 60-man player pool.

"Just like the other players, I'm looking forward to seeing him play and see what he can do," Montoyo said Thursday afternoon on a conference call.

"When we got him, I was really excited," Montoyo said. "So I'm looking forward to seeing him play, take BP, catch, (take) ground balls and do everything. It seems like he's a really exciting player."

The Blue Jays announced Martin's signing on Wednesday night. Montoyo did not have a specific date on when Martin was expected to arrive in Toronto.

The team started summer training camp on Monday and planned an intrasquad game on Thursday night.

The Blue Jays will open the regular season July 24 at Tampa Bay.