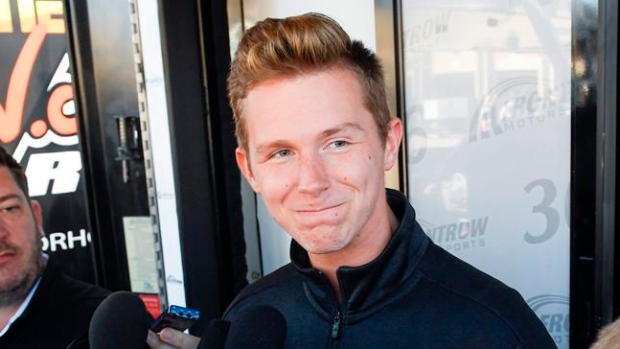 CHARLOTTE, N.C. — Matt Tifft has parted ways with Front Row Motorsports to focus on his health after suffering a seizure at the track late last month.

Tifft felt ill before practice at Martinsville Speedway and has not been in the car since his health scare. Tifft said then that tests showed a brain tumour he had removed three years ago has not returned. Tifft had a brain tumour removed in 2016 but returned to race the next year. He said in January he had been stabilized to the point he needed only annual checkups.

Tifft said Wednesday he can’t commit to racing full time in 2020. The team has not announced the driver lineup for next season. John Hunter Nemechek drove the final three races of the season for FRM.

Also Wednesday, Daniel Hemric will return to the Xfinity Series with JR Motorsports in 2020. The 28-year-old Hemric will run 21 races for the organization next year in the No. 8. He’ll join Jeb Burton (11 races) and team owner Dale Earnhardt Jr. (one race) to complete the driver lineup the JRM lineup. Hemric lost his job after one season driving for Richard Childress Racing.