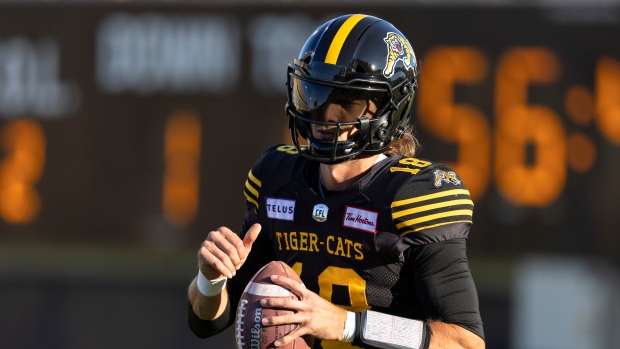 The Hamilton Tiger-Cats will turn the offence over to Matthew Shiltz for a second straight week on Saturday against the Montreal Alouettes. The team will also be without star linebacker Simoni Lawrence, according to the team's official depth chart.

Our line up for tomorrow's game 🆚 the @MTLAlouettes #Ticats | #CFL pic.twitter.com/hby0DIcCud

Shiltz, 29, is coming off a 176-yard, one touchdown, one interception performance against the Toronto Argonauts in Week 10 after Evans suffered a shoulder injury.

The former Butler University Bulldog is in his first year with the Tiger-Cats after spending the 2021 season with the Alouettes. There, he served as the backup to then-starter Vernon Adams, who he stepped in for after Adams went down with an injury.

Shiltz has recorded 301 passing yards, a touchdown and an interception through the air while adding 125 yards and a touchdown on the ground.

The 33-year-old Lawrence finds himself on the injured list again this season after missing Week 5-8 with an injury.

In addition, Desmond Harris is slated to start in the secondary as Jumal Rolle (hamstring) will be out.