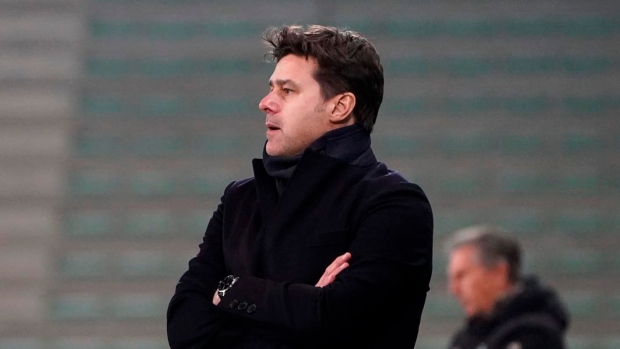 PARIS (AP) — Paris Saint-Germain coach Mauricio Pochettino said Friday he has no idea whether Kylian Mbappé will leave the club amid widespread speculation he could join Real Madrid.

Mbappé, whose contract expires in June, has made clear that he will make his decision public before the end of the month.

“I don’t know what his decision is. I think it’s a personal matter for Kylian, and for the club," Pochettino said ahead of PSG's last match of the season. “There are lots of rumors going around."

Mbappe may play his last game for PSG when the French league season ends on Saturday. The already-crowned champions will host struggling Metz with Mbappé looking to add to his league-leading 25 goals and his overall tally of 168 since joining PSG from Monaco five years ago for 180 million euros ($190 million)

Pochettino was asked at the pre-game news conference about Mbappé’s future. He said he personally hopes the France striker will decide to stay in Paris.

The Argentine coach is unsure about his own future at the helm of the Parisian team amid reports in the French media that he will be replaced next season.

“I still have one year on my contract," Pochettino said when asked if Saturday's match would be his last in charge.

PSG turned down the same amount they signed Mbappé for when Madrid tried to buy him during the past offseason. Now the Spanish club could get him for nothing.

When Mbappé won the league’s best player award for the third time last Sunday, he said his mind is pretty much made up but didn’t say which way.