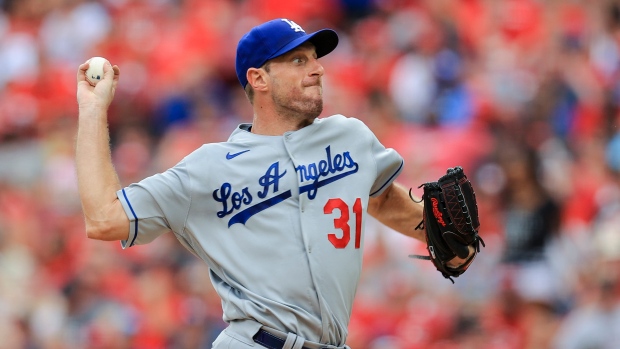 One of the best arms available on the free agent market appears to be Broadway Bound.

Right-hander Max Scherzer and the New York Mets are headed towards a deal, according to multiple reports.

As one of the most consistent pitchers of his era, Scherzer kept rolling right along in 2021 with 15 victories and a minuscule 2.46 ERA in 179.1 innings spread out over 30 starts.

Scherzer was dealt from the Washington Nationals to the Los Angeles Dodgers along with shortstop Trea Turner in exchange for four players on July 30. He was even better after arriving in L.A., posting a 1.98 ERA in 11 starts down the stretch of the regular season and made an additional four appearances in the postseason.

It was the second time Scherzer has been traded during his 14-year career, going from the Arizona Diamondbacks to the Detroit Tigers in a multi-player deal in 2009. Scherzer spent five seasons with the Tigers before signing a seven-year contract with the Nationals, helping the team to a World Series title in 2019.

All in all, the St. Louis native has three Cy Young Awards, eight All-Star nominations and has led the league in wins four times.

He made his MLB debut all the way back in April of 2008 as a member of the D-Backs.