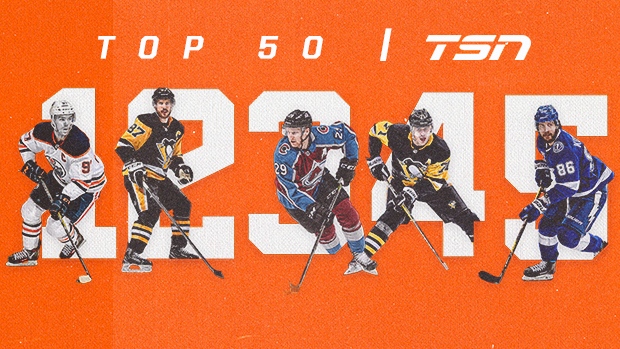 The gap is growing wider.

One year after Connor McDavid narrowly edged Sidney Crosby as the projected No. 1 player in the NHL, McDavid has been picked by a panel of TSN experts to pull away in 2018-19.

McDavid garnered 24 of 27 first-place votes in TSN’s annual Top 50 player ranking, earning him the same super majority that Crosby enjoyed for most of his seven-year run at the top of the list. Crosby received the other three first-place votes this year.

When asked for his vote, McDavid didn’t hesitate.

What about five years from now?

In this case, McDavid’s vote doesn’t matter. His peers have already spoken. The time is now, with the McDavid show in full flight as he begins his eight-year, $100 million contract with the Edmonton Oilers.

TSN’s Top 50 poll nearly mirrored a preseason consensus from NHL players. In an anonymous player poll conducted at the Player Media Tour in Chicago, 27 of 32 players said McDavid is the best player in the game right now.

That echoed player voting from the Ted Lindsay Award, when the 21-year-old McDavid received the ultimate endorsement of his peers by being named most outstanding player two years running, the youngest player in league history to earn the honour in consecutive seasons.

Last season, McDavid became the first player ever to lead the league in scoring (108 points) while playing on the team with the worst-ranked power play. He also netted 18 more even-strength points (84) than any other player.

Now, McDavid seemingly has his sights set on becoming a 50-goal scorer, saying he spent his summer trying to find ways to score more goals. His teammates say he’s “even faster” in training camp.

What does all of that mean? Good luck trying to keep up.

Hart Trophy finalist Nathan MacKinnon was the biggest climber in the Top 50, rising from unranked last year all the way to No. 3. Taylor Hall, the Hart Trophy winner, rose from 51st to No. 9.

A few Top 50 mainstays - including Carey Price and Jonathan Toews - fell off the board entirely after disappointing seasons.

Stanley Cup champion and newly minted $64-million man John Carlson edged out William Karlsson from the Vegas Golden Knights for the final spot on the board.

The Golden Knights, who are out to prove last season’s run to the Cup Final was no fluke, were one of eight teams to not have a single player in the Top 50. Vegas joined Detroit, Vancouver, Montréal, Arizona, Carolina, Minnesota and the New York Rangers in that respect.

Hellebuyck was one of four goaltenders to make the cut, with none ranked higher than Tampa Bay’s Andrei Vasilevskiy at No. 35.