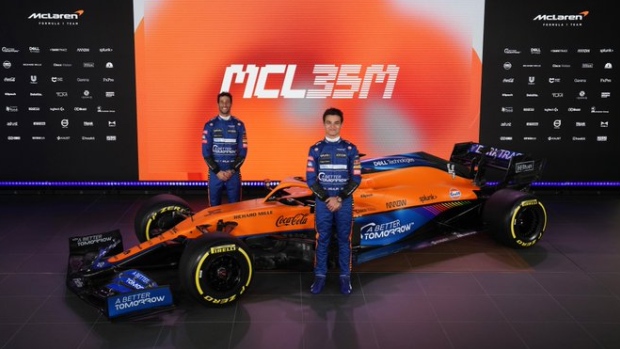 McLaren became the first Formula 1 team to unveil their livery ahead of the 2021 season.

McLaren unveiled their 2021 look in a presentation that involved their new driver lineup of Lando Norris and Daniel Ricciardo.

AlphaTauri will be the second team to unveil their 2021 livery later this week with Alfa Romeo to follow next week.

The F1 season is currently scheduled to start in late March in Bahrain.