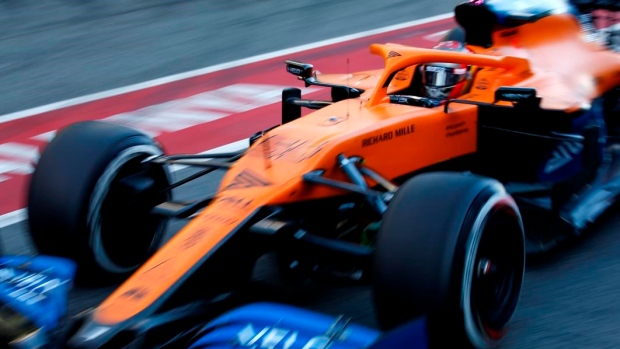 McLaren has secured a £150 million loan from the National Bank of Bahrain to ease their short-term cash flow problems.

While the loan is for both McLaren's F1 team and their car business, it should ease concerns with the Formula 1 season set to resume this weekend in Austria.

TSN is your home for the 2020 Formula 1 season starting this weekend with the Austrian Grand Prix. Coverage begins with Practice 1 and Practice 2 on Friday, followed by Practice 3 and qualifying on Saturday, and then the race Sunday at 9:05am et/6:05am pt, all on TSN. see the full broadcast schedule here.

McLaren had a strong year in Formula 1 last year, finishing as the top mid-pack team and fourth overall in the constructer's standings, their best result since 2012, when they finished third in Lewis Hamilton's last year with the team.

The team is expected to be competitive again this season as they return the strong young driver tandem of Carlos Sainz Jr. and Lando Norris. Sainz Jr. will depart the team at the end of the season for a seat with Ferrari, to be replaced by popular driver Daniel Ricciardo, who is currently at Renault.