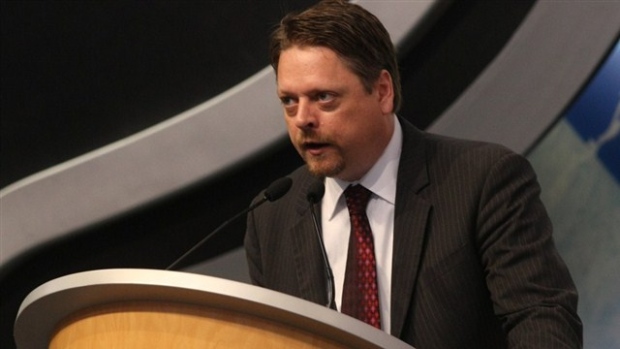 Tim Murray has his dream job as general manager of the Buffalo Sabres, but readily admits there are days when he wishes he was still the assistant GM in Ottawa.

Speaking to TSN 1200 on Friday afternoon, Murray said that since he found out his uncle, Senators general manager Bryan Murray, was diagnosed with cancer in June, there have been moments where he has wondered if he made the right career move in jumping to Buffalo. Murray left the Senators organization midway through last season to take the vacant general manager’s job with the Sabres.

“Sure. I’ve quite frankly have second guessed everything that has gone on since..and [Bryan] knows that too,” Tim Murray said. “What’s happened has happened and I’m here, but under different circumstances - certainly if I knew that earlier, I wouldn’t have been very anxious to be out the door. I would have been quite content to know that I would have been his assistant for as long as he wanted.”

Tim Murray found out about Bryan’s cancer diagnosis while he was in Philadelphia on June 24, preparing for his first NHL Entry Draft as a general manager. Tim had spent parts of seven seasons under Bryan in the Senators' front office and was devastated by the news.

“He found out on a Tuesday and he called me the next day on a Wednesday. I was just about the meet a couple of agents and it just dropped me,” Murray said. “I know that many families have been through it, but when it hits close you pay more attention.

Tim says he speaks to Bryan on a regular basis and while the conversations start out about the cancer treatments, they inevitably turn to hockey talk.

“We talk once a week, anyway, and I’ll call and say we’re not talking hockey, I kind of know his schedule for chemo and testing, so that’s what we talk about,” Murray added. “But we end up talking hockey, mostly from his initiation. But that’s not the intent of it at all. But the last 5 minutes always comes back to hockey and a couple of tips for me with the situation that I’m in. I can get emotional or frustrated and he can always help bring me back.”

In an interview with TSN’s Michael Farber that aired on Thursday night, Bryan Murray said that he has Stage 4 colon cancer that has spread to other parts of his body. The Senators general manager indicated that the cancer was preventable and could have been avoided had he underwent a routine colonscopy 10 years ago. Bryan Murray’s message to viewers to have a regular check-up and colonoscopy was not lost on his nephew, who watched the TSN story on Friday morning. Murray said the Sabres team trainer came into his office on Friday and told him he had booked a colonoscopy for him for January 21.

“That conversation literally happened 15 minutes ago and I’m on my way in January,” said Murray.