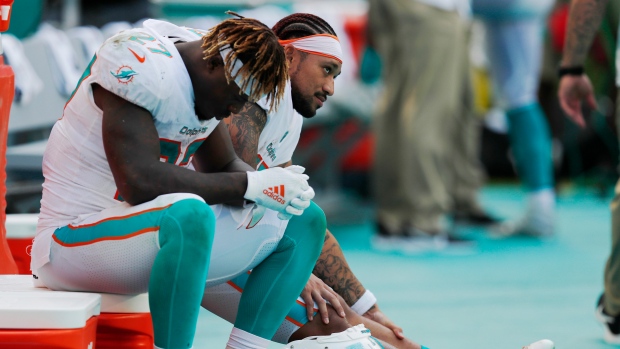 MIAMI — Running back Kalen Ballage’s historically unproductive season ended Tuesday when he was placed on injured reserve by the Miami Dolphins.

Ballage hurt his left leg in Sunday’s victory over Philadelphia.

The second-year pro finishes the season with 135 yards in 74 carries. His 1.8-yard average is the worst by a running back with at least 70 carries since Phil Sarboe had a 1.2-yard average for two teams in 1936.

Ballage’s long gain was 8 yards. Some 199 players have had a longer run this season.