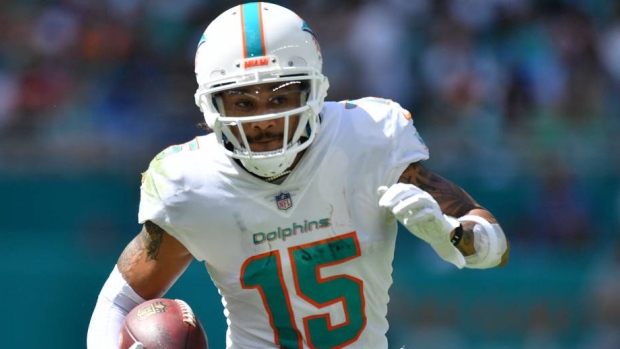 "I've deceided to opt out of the 2020 season," Wilson said in statement posted on Twitter. "It was a very tough choice but since the day I started playing the game it's always been Faith Family Football.

"Because of this crazy time I choose to put my family in the best situation I see fit. I will stand by my teammates & brothers to support them 100% through out this season and will be counting the days until I can join them again. 1 love."

The 28-year-old Wilson has spent the past two seasons with the Dolphins after signing a three-year contract with the team in 2018. Before joining the Dolphins, Wilson spent the first four years of his career with the Kansas City Chiefs. He has registered 2,286 yards and 12 touchdowns over his previous six seasons in the NFL.

Fellow Dolphins wide receiver Allen Hurns announced on Tuesday that he too plans to opt out of the upcoming season. The NFL has reportedly set Thursday as the deadline for players to opt out.