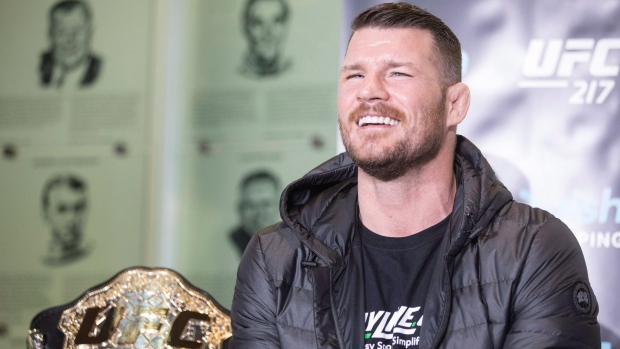 Former UFC middleweight champion Michael Bisping believes that Dana White will find a way to make UFC 249 happen on April 18 and that the UFC president will put the health and well-being of the fighters first in the process.

Bisping, who continues to serve as a fight commentator in the organization, told TSN’s Aaron Bronsteter about a time that White wouldn’t allow him to fight when he was dealing with a medical issue.

“Far be it from me to speak about Dana, he doesn’t need me as a spokesman,” Bisping told TSN. “I remember I had a detached retina and then my retina re-detached while I was training to fight Mark Munoz. It was two or three weeks before the fight and I called Dana and said, 'bad news my retina has re-detached, but don’t worry they can fix the eye, it will take a few days for it to heal, then I’ll take it easy and I’ll be good to go.​'

“Dana was like, shut up, there is absolutely no way we’re going to put you at that kind of risk, we’re going to speak to your doctors. I wanted to fight and earn a living, but he said it’s not safe for you to do that and that fight was called off.”

The fight in question was expected to headline an October 2013 card in Bisping’s hometown of Manchester, England.

The UFC Hall of Famer says that part of the concern has to be for fighters lower down on the card that need these fights in order to continue earning a living.

“I’m going to sound like a little bit of a hypocrite here, but with the UFC, fighter safety has always been paramount,” said Bisping. “When we talk about those workers that are struggling to make ends meet, obviously people at the top of the food chain in the UFC, your big, big names they’ve done well, but there’s a lot of people out there that are still struggling, starting out their careers, finding their way and they still need to make a living.”

As for the card itself, Bisping says he’s excited to see how it turns out and that he expects the organization to stage it in a safe manner.

“We hear Khabib vs. Tony isn’t going to happen and they’re looking for a replacement, I can’t wait to see it and hearing who the replacement is going to be,” said Bisping. “They’re going to do it in a controlled environment, so we’re not going to have hundreds of thousands of people getting together in one place and spreading the virus.

“Dana’s not going to put people at risk though, he’s going to make strategic choices as to how we can do this. The fighters are willing to do this and I know damn sure people are willing to watch it, I know I am.”​