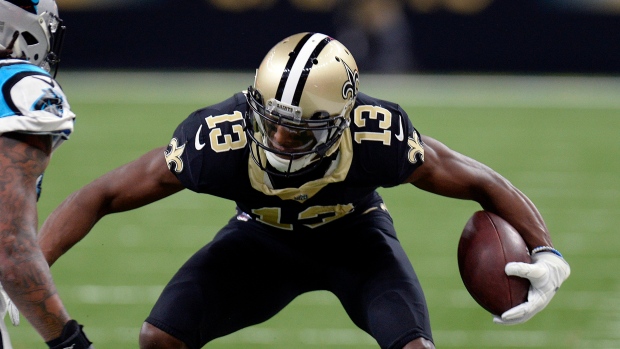 New Orleans Saints star Michael Thomas is expected to miss the start of the 2021 season after having surgery to repair ligaments in his injured ankle, tweets Ian Rapoport of the NFL Network.

Based on the timing of the surgery, the star receiver could be on the sideline for weeks during the season after the recommended four months of expected recovery time.

Sources: #Saints star WR Michael Thomas is expected to miss the start of the 2021 season after undergoing surgery to repair the ligaments in his ankle in June. Based on the timing of the surgery – and recommended 4 months of recovery – Thomas could be on the sideline for weeks.

This all stems from the original injury in September that robbed #Saints WR Michael Thomas of most of his 2020. It simply never recovered. https://t.co/KOfinnZyYl

This stems from the original injury Thomas suffered back in September that robbed him most of 2020.

The season before, he led the NFL with 149 catches for 1,725 yards and nine touchdowns.

The 2021 campaign will be his sixth with the Saints after being selected in the second round (No. 47 overall) in the 2016 NFL Draft.