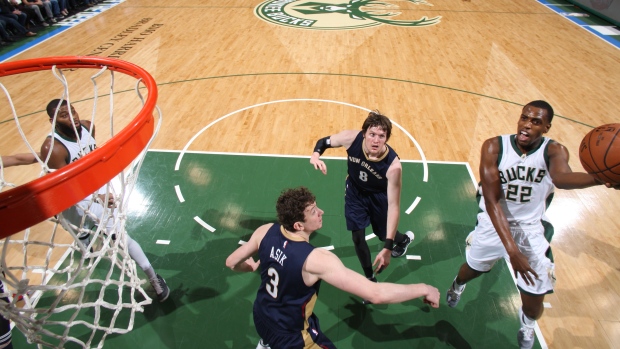 Middleton suffered the injury during preseason workouts on Sept. 20.

The 25-year-old Middleton averaged a career-high 18.2 points and 4.2 assists in 79 games last season. He was drafted by Detroit in the second round in 2012 and traded to Milwaukee the following year, where he has blossomed into a key player for a franchise on the rise that was hoping to return to the playoffs this season.

The Bucks say the surgery was performed Wednesday at the Hospital for Special Surgery in New York. Middleton will rehab in Milwaukee.