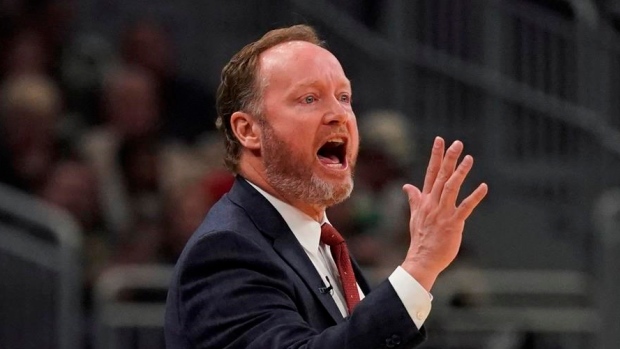 “Congratulations to Mike Budenholzer and Billy Donovan on this prestigious recognition,” said Dallas Mavericks Head Coach and NBCA President Rick Carlisle. “Mike led the Bucks to the best record in the league for a second straight season and Billy became just the fourth active Head Coach to lead his team to the playoffs in each of his first five seasons. To win the vote of our peers makes the Michael H. Goldberg NBCA Coach of the Year Award one of the most meaningful in all of pro sports.”

According to ESPN's Adrian Wojnarowski, Nurse finished just one vote shy of making it a three-way tie for the award.

The NBA's 30 head coaches vote on the award. Toronto's Nick Nurse was one vote away from making it a three-way tie, per sources. https://t.co/ieujiIrsDB

Budenholzer guided the Bucks to the best record in the NBA (53-12) for the second year in a row. He becomes the first two-time winner of this Award. The Bucks were the NBA’s highest scoring team, averaging 118.6 points per game, and outscored opponents by a league-high average of 11.2 ppg. The 11.2 ppg differential is tied for the fifth largest margin in NBA history.

Donovan led the Thunder to a 40-24 season, tied for fifth in the Western Conference. He joins Rick Carlisle, Erik Spoelstra and Steve Kerr as the only active Head Coaches to guide their teams to the playoffs in each of their first five seasons. From Thanksgiving through March 11, the Thunder went 34-13, the third best record in the NBA during that period.

“I was fortunate to work alongside Michael H. Goldberg during the formative years of my career,” said David Fogel, NBCA Executive Director. “This year’s winners embody the same high levels of integrity and excellence that Michael displayed every day of his life. Both Coach Budenholzer and Coach Donovan exemplify these values on and off the court, and their tireless work ethic led to accomplished seasons for both the Bucks and Thunder. Congratulations to both Coaches and their staffs. This honor is most deserved.”