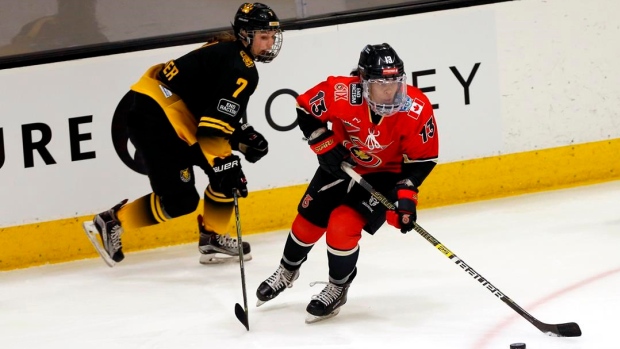 The Buffalo Beauts and former Premier Hockey Federation Most Valuable Player Mikyla Grant-Mentis have agreed to a one-year deal north of $100,000 CDN, according to TSN Hockey Insider Chris Johnston.

Hearing Mikyla Grant-Mentis (@GrantMentis) is signing a landmark deal with the Buffalo Beauts worth over $100,000 CDN. The former @PHF MVP was the leading scorer on the Toronto Six last season and had multiple suitors in free agency.

The Brampton, Ont., native led the Toronto Six in goals last year with 13 in 19 games. She added 18 assists for a total of 30 points.

Grant-Mentis, 23, reportedly had multiple teams inquiring about her for the upcoming season.