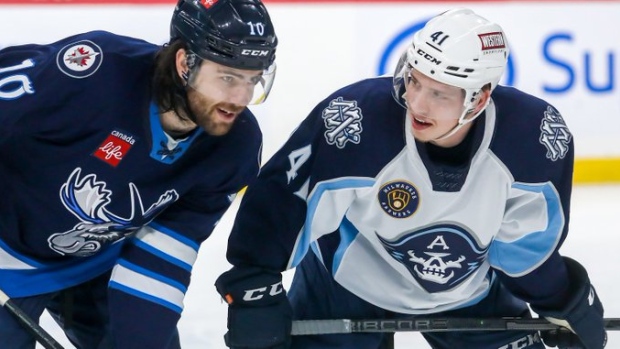 WINNIPEG — Tommy Novak had the power-play winner as the Milwaukee Admirals held off the Manitoba Moose 2-1 on Sunday in American Hockey League playoff action.

The Admirals won the best-of-five series 3-2 thanks in part to Novak's goal 90 seconds into the middle period.

Juuso Parssinen opened the scoring for Milwaukee and Connor Ingram made 25 saves for the win in net.

Morgan Barron replied on the power play for Manitoba, the AHL affiliate of the Winnipeg Jets.

Both teams went 1 for 2 on the power play.

This report by The Canadian Press was first published May 15, 2022.