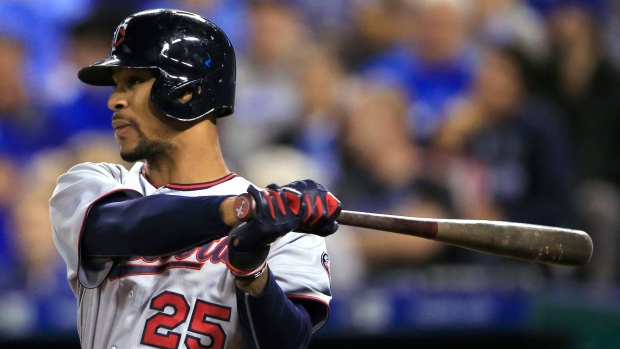 As the Minnesota Twins push toward the postseason, they might be without one of their speedy outfielders the rest of the way.

Byron Buxton's season could be over, according to manager Rocco Baldelli as the 25-year-old continues to battle a left shoulder injury.

"We know we might not have him going forward this year, and hopefully we have him full strength and ready to go next year," the Twins skipper told MLB Network Radio on Tuesday.

Buxton has not had a plate appearance since Aug. 1 but has played the field or pinch ran a few times this month as he has not yet been able to swing a bat at full speed.

This is the second season in a row he has been hampered by injuries as the Baxley, GA., native only appeared in 28 games in 2018.

The Twins (88-55) enter play Tuesday leading the Cleveland Indians (84-61) by five games in the American League Central. They will host the Washington Nationals at Target Field Tuesday night.