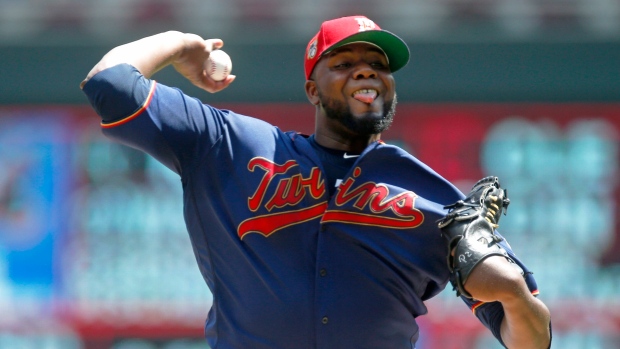 Pineda went 11-5 with a 4.01 ERA in 146 innings over 26 starts for the Twins in 2019, his first season with the team. He was suspended for 60 games by Major League Baseball on Sept. 7 following a positive test for the banned diurectic hydrochlorothiazide, which can be used for weight loss and blood pressure management. It is banned because it can mask the presence of steroids.

A right-hander who tuns 31 next month, Pineda missed the Division Series loss to the New York Yankees and will have to finish serving the suspension before he can take the mound for the Twins in mid-May.

Pineda, who is 6-foot-7 and 280 pounds, missed half of the 2017 season with the Yankees and the entire 2018 season after signing with the Twins following Tommy John surgery. He said he took an over-the-counter medication given to him by an acquaintance, not realizing the pills contained the banned substance.

He apologized then to the organization, his teammates, his family and Twins fans for his error in judgment and said he did not intend to cheat.