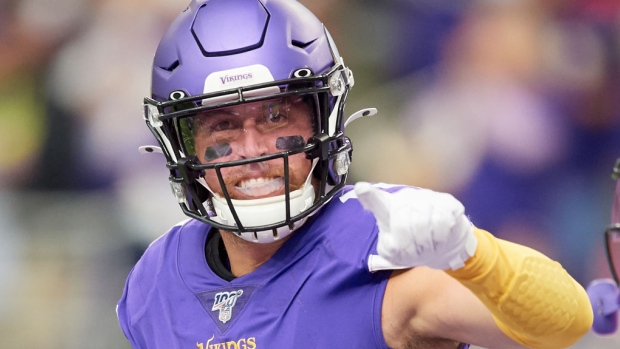 The Minnesota Vikings ruled out star wide receiver Adam Thielen (hamstring) for Sunday's matchup with the Dallas Cowboys in Week 10.

Thielen did not practice on Friday and played only seven snaps in last week's matchup with the Kansas City Chiefs. Thielen has six touchdown catches and 391 receiving yards so far this season, his sixth with the team.

Linval Joseph and Andrew Sendejo were also ruled out, while Trae Waynes and Stephen Weatherly were listed as questionable.

The Vikings come into this weekend's matchup second place in the NFC North at 6-3.