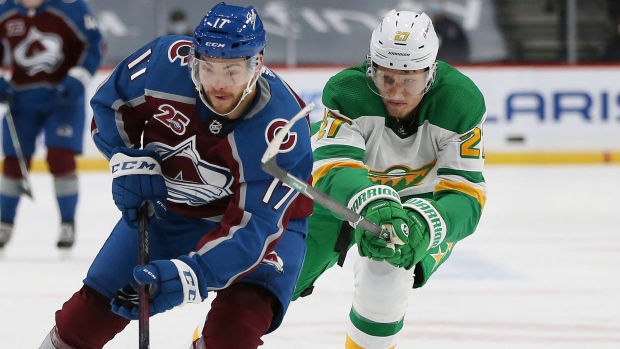 Minnesota’s Nick Bjugstad has been fined $5,000, the maximum allowable under the CBA, for Cross-checking Colorado’s Ryan Graves.

The Wild defeated the Avalanche 4-3 in overtime on Sunday, Bjugstad played 14:38 in the victory. but did not record a point.

Graves was a minus-2 in the loss, he was also held off the scoresheet.

Jonas Brodin scored the overtime winner as the Wild improved to 6-4-0 on the season.