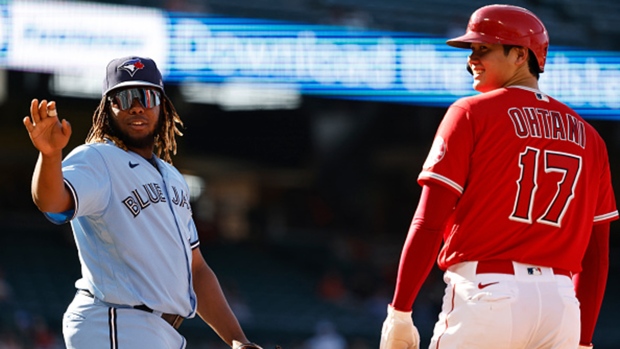 If it were any other year, Vladimir Guerrero Jr. would likely be the favourite to win the American League MVP.

His season was that good.

In any other year ... deep exhale.

Just like the Jays came within a whisker of a playoff spot despite playing scorching-hot baseball down the stretch to win an impressive 91 games — a total that usually gets you into October — no matter what Vladdy Jr. did numbers-wise, his MVP candidacy simply could never catch up to what Shohei Ohtani was doing for the first time since the Babe.

There’s no guarantee it will be seen again, even from Ohtani given the difficulty of the workload, and that’s why the 27-year-old got my Baseball Writers Association of America MVP vote when they were due at the end of the regular season last month.

Simply put, it was an historic season and that’s not up for debate.

It’s scary to think Ohtani could actually improve, but there’s so many reasons why what he did is so hard to do, even if the hope is that this is just the start of a historic run that we’ll all be witness to.

Let me start with this caveat: I do not vote based simply on total WAR, but I do value it and believe it’s a great tool to figure out overall value. It is, however, far from perfect.

In a perfect world, I have always believed an MVP should come from a team that makes the postseason, but Alex Rodriguez, Mike Trout and now Ohtani have bucked that trend over the past two decades and I fully agreed in each case.

Hitting 46 homers and stealing 26 bases? That’s a monster year all by itself.

Add in a split-finger fastball that might have been the best pitch in the majors — it held hitters to .087 batting average — and 156 strikeouts across 130.1 innings?

That’s a star-level player on both sides of the ball.

Despite the historical season Ohtani was having — and make no mistake, he was way better in the first half than he was in the second half — I kept an open mind heading into September, but Vladdy Jr. would’ve had to win the Triple Crown and put the Jays on his shoulders and carry them to a postseason spot with some staggering numbers. Part of me is still curious to see how the voting would’ve played out in that hypothetical scenario.

In the end, the top three weren’t much of a conversation for me. Ohtani’s combined WAR notwithstanding, Semien’s 6.6 fWAR was good for second in the American League, just behind Vladdy Jr.’s 6.7 mark.

He was the best second baseman in baseball and his 45 homers are now the best ever for a player at that position.

Without him, the Jays aren’t close to playing on the final weekend of the season with a shot at the postseason.

After that, I landed on a group of five players, mixing and matching between stud performers who were key to their team’s playoff position (Correa, Judge) and those whose production was simply too good to ignore (Perez, Olson, Ramirez).

Playing the most gruelling position in the sport, Perez’s season deserves more attention.

Hernandez and Bogaerts rounded out the ballot based on their importance to two of the best offences in baseball, consistency and a combo of old-school stats — Hernandez’s 116 runs batted in — and new school fWAR (Bogaerts was eighth in the AL at 5.2, despite playing only 144 games).

There was another group of 10-15 players that earned consideration for the final few spots.