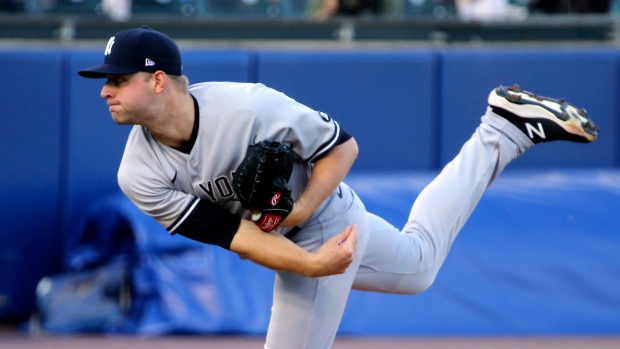 Toronto had runners on first and second with none out and star slugger Vladimir Guerrero Jr. coming to the plate in the bottom of the first inning.

Guerrero hit an infield grounder that was handled by pitcher Michael King, who threw Guerrero out at first base.

At the same time, Bo Bichette took a wide turn around second, then was caught in a rundown between second and third.

Marcus Semien decided to try to make a break for home during the rundown, but was cut off when Yankees second baseman Gleyber Torres threw to catcher Gary Sánchez.

Sánchez chased Semien back to third base, where he was tagged by third baseman Gio Urshela.

Urshela then spun around and tagged Bichette, who was trying to reach third during the Semien rundown.

Major League Baseball said on its website it was the first 1-3-6-2-5-6 triple play in its history.