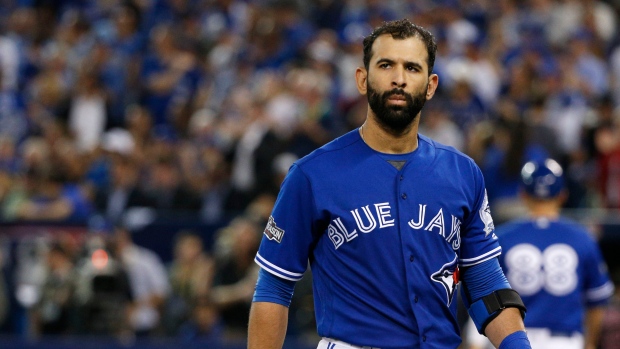 The MLB free agency period is underway. Teams and players alike are looking to make big splashes during the off-season.

No formal offer between Jays, Bautista

According to MLB Network’s Jon Morosi, the Toronto Blue Jays have not made a formal offer to free agent outfielder Jose Bautista for any more than the one-year, $17.2 million qualifying offer Bautista rejected at the beginning of the offseason. Teams seem to be hesitant to sign the 36-year-old slugger, who had a down year plagued by injuries in 2016. Bautista hit .234/.366/.452 with 22 home runs and 69 RBI in 116 games.

Source: #BlueJays still have not made Jose Bautista a formal offer for more than the 1 year, $17.2 million QO. @MLB @MLBNetwork

With long-time Blue Jay Brett Cecil departing for the St. Louis Cardinals earlier this off-season, Toronto may be looking to add a replacement left-handed reliever. Morosi is reporting that Toronto is “showing interest” in a trio of free-agents : Travis Wood, Boone Logan and Jerry Blevins.

#BlueJays also showing interest in Travis Wood, along with Blevins and Logan. They are heavily involved in LH relief market. @MLB

According to Morosi, the Seattle Mariners are in the market for a starting pitcher and have interest in acquiring Doug Fister. The 32-year-old right hander was drafted by Seattle in 2006 and debuted with the club in '09. Fister has also pitched for Detroit and Washington, and most recently with Houston where he posted a 4.64 ERA and 1.43 WHIP last season.

After reacquiring Aroldis Chapman to anchor their bullpen, the New York Yankees now appear to be focusing on adding a starting pitcher. Morosi is reporting that New York is interested in trading for Jose Quintana of the Chicago White Sox. Quintana, 27, who began his career in the Yankees' farm system, recorded a career-best 3.20 ERA , 1.16 WHIP and 181 strikeouts over 208 innings last season, while earning his first career All-Star appearance.

#Yankees interested in Jose Quintana, source says, and they have the sort of prospects #WhiteSox are looking for. @MLB @MLBNetwork