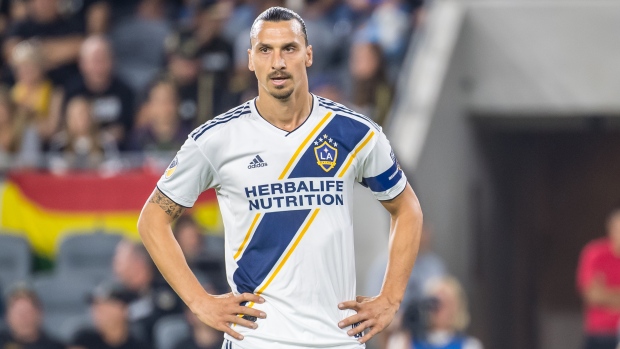 Zlatan Ibrahimovic's tenure in the MLS appears to be at an end.

The 38-year-old was non-committal on his future in the league after the Los Angeles Galaxy were eliminated from the playoffs last week and released a video Tuesday hinting he's returning to La Liga.

"Hola Espana," Ibrahimovic said in the video posted to his Instagram story. "Guess what? I'm coming back."

Ibrahimovic's contract with the Galaxy is set to expire at the end of the year and he left plenty of questions about his future after a 5-3 loss to LAFC last Thursday.

"I have another two months (on my contract)," Ibrahimovic said. "We'll see what happens. (If I stay), then MLS is good, because the whole world will watch it. If I don't stay, nobody will remember what MLS is."

The former Swedish international player spent one season with Barcelona in La Liga in 2009-10, posting 16 goals in 29 league games.

Over the past two seasons in the MLS, Ibrahimovic has 53 goals in 58 games, including both regular and post-season.